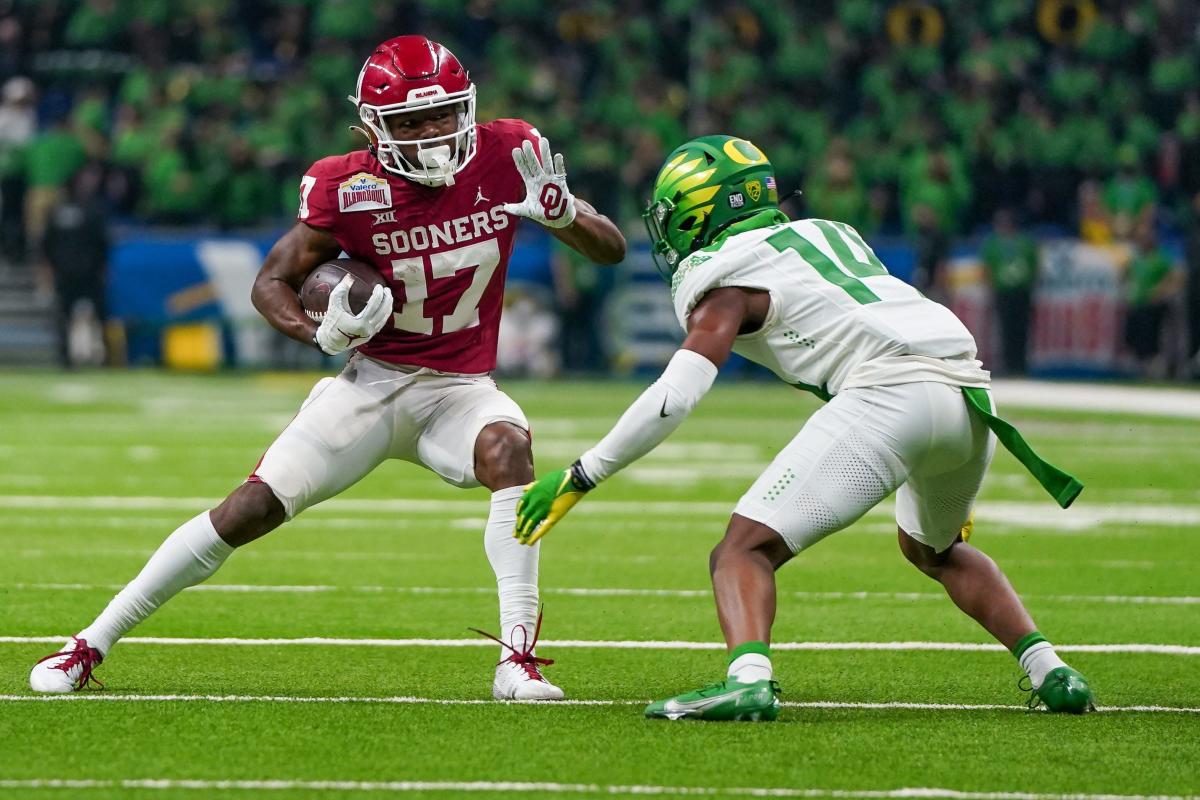 Will Marvin Mims build a connection with Dillon Gabriel? Will Ethan Downs break out? Those answers may determine who OU's best player is this season.

I need to read more from this story

Jacob Sexton Photo: Ryan Chapman, AllSooners.com DALLAS — On Sunday, the best high school recruits from Texas, Louisiana, Oklahoma and Arkansas assembled for the Under Armour All-American Camp series’ annual North Texas stop. Organizers and coaches alike raved about the talent present at the camp, citing on multiple occasions that the group of recruits, specifically along […]

With a balanced football team, the Oklahoma Sooners are poised to make a run for the College Football Playoff in 2021 and the coveted national championship with immense talent returning on both sides of the football. OU will face several stars across the Big 12 and beyond during the upcoming season. Within the conference, Texas […]

Oklahoma Sooners outside linebacker Nik Bonitto was announced as one of the national semifinalists for the Bednarik Award. I need to read more from this story