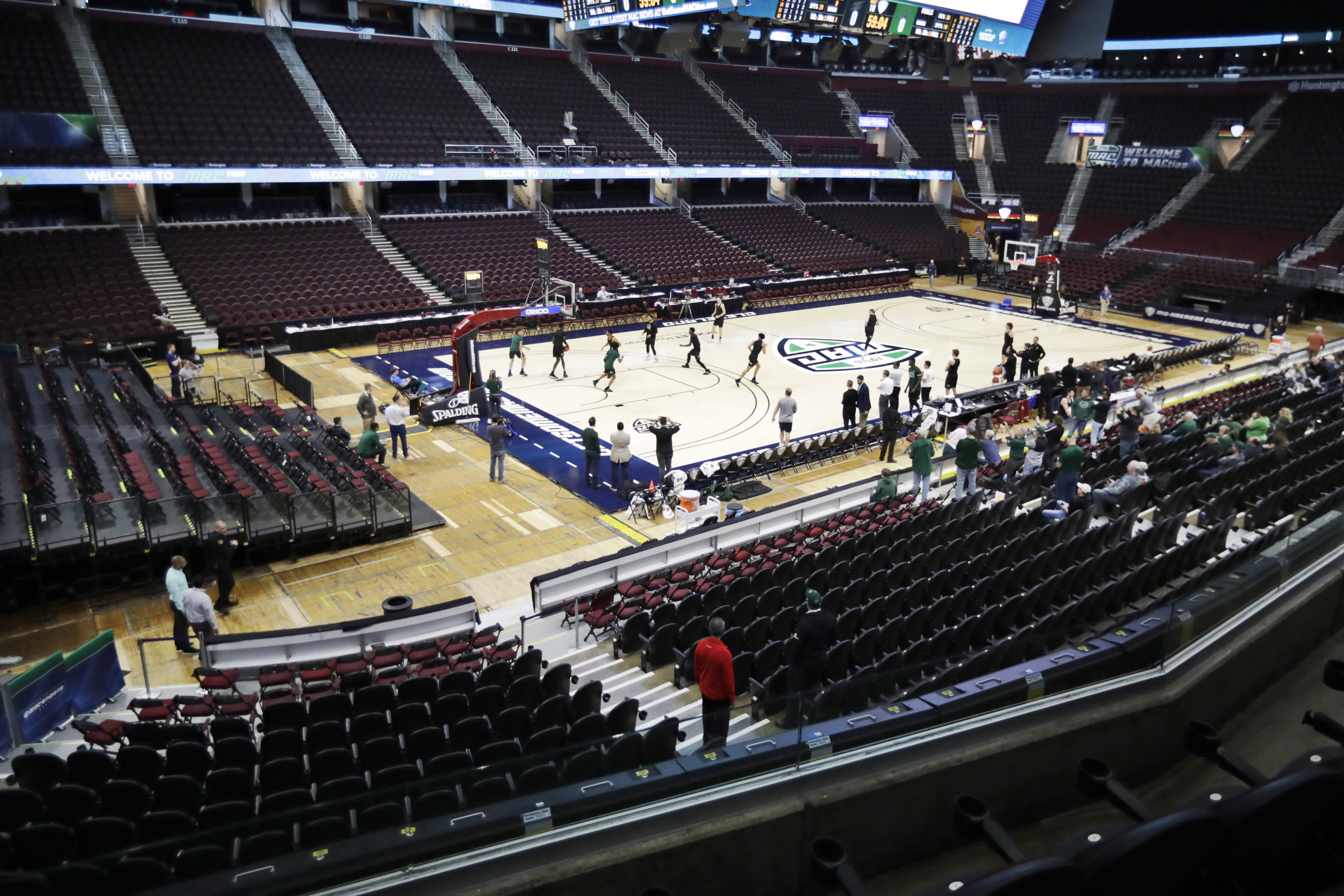 The long-term effects of the ongoing coronavirus shutdown are already being felt in college athletics.

The Mid-American Conference announced Tuesday that it would be making major changes to the schedules and postseasons to many of its sports with the explicit goal of cutting costs in the fallout of the pandemic.

“As a result of the financial crisis brought on by the COVID-19 pandemic and disruption to the economy, the Mid-American Conference established a working group to explore efficiencies in sports operations across its 24 sponsored sports,” the conference said in a statement. “The focus was on reducing costs in alignment with institutional mandates, consistent with institutional priorities and principles of equity and diversity.”

Additionally, the MAC basketball tournament will feature only eight teams per year, rather than 12. On-campus opening round games will be eliminated, with many other tournaments also contracting.

The men’s and women’s basketball conference schedule will be expanded to 20 games starting next season, and baseball and softball will move to 30 games.

The MAC says the new structure will stay in place for the next four years.

A sport that will not be facing cuts is football, which isn’t surprising as the MAC will need it if it wants to come close to salvaging its books. Whether or not the football season will proceed as planned remains quite up in the air right now, and the more recent indications have not been very encouraging.

One MAC basketball tournament has already been canceled. The next one will half its normal size. (AP Photo/Tony Dejak)

By Eric Sorenson, 1 week 2 hours ago Knowing Nick Saban as we do, you have to figure this is going to be a football team on a mission in 2020. After coming up short of the college football playoffs for the first time since its inception, the Alabama Crimson Tide will be laser-focused to […]