//www.instagram.com/embed.js]]>After months of speculation and rumors, BYU football added two dynamic weapons to their offense in Puka and Samson Nacua. Puka, a transfer from Washington, and Samson, a transfer from Utah, are the brothers of former BYU great defensive back Kai Nacua. Now, the two younger brothers will follow Kai’s footsteps in wearing the white and blue. 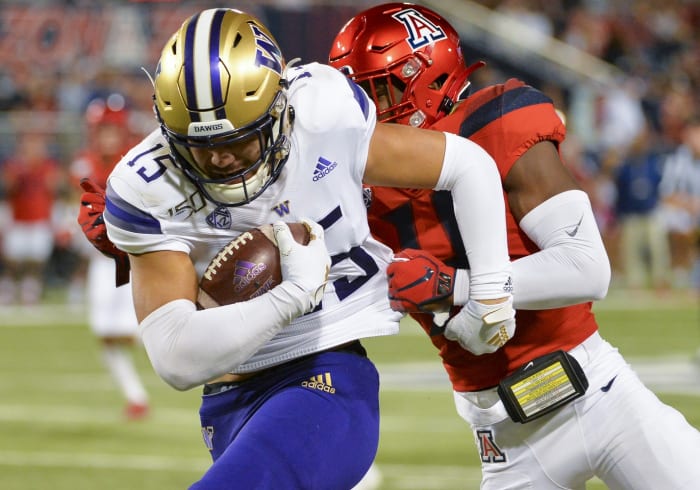 Unlike their older brother, however, Puka and Samson play on the offensive side of the ball at wide receiver. Through two seasons (one of which was abbreviated due to COVID-19) at Washington, Puka had 319 receiving yards on 16 receptions and three touchdowns. He was in line to be one of Washington’s top receivers this season before he decided to enter the transfer portal. In four seasons at Utah, Samson had 1,105 receiving yards on 82 receptions and 11 touchdowns.

We’ll have more information on this story in the coming days. For now, you can check out of their of few of their highlights.

You probably noticed that our site looks a little different. It is currently under construction and the commenting capability is turned off. While we work on some exciting updates to improve your experience, you can ask us questions through one of our social media channels:

The Maryland Terrapins have received some great coronavirus news. According to Brett McMurphy, the Terrapins don’t have a single case of coronavirus after 227 athletes and staff members were tested. (RELATED: David Hookstead Is The True King In The North When It Comes To College Football) So far, Maryland has tested 964 people and only had a total of 12 […]

After a much needed bye week and some schedule shuffling, Boston College returns to Alumni Stadium to take on 3-6(2-6) Louisville. The Cardinals are a bit better than their record would lead you to believe, as they’ve suffered one score defeats to Notre Dame, Pittsburgh, and Virginia Tech, which helps explain why the Eagles are […]