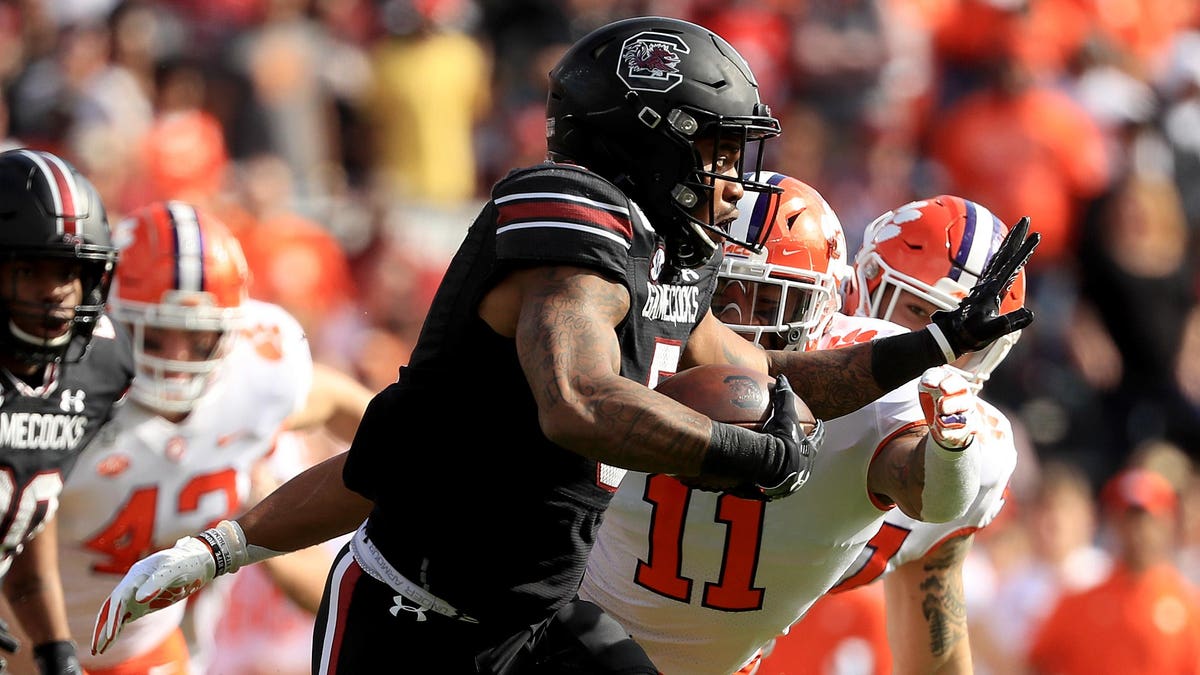 Most everything is accompanied by an asterisk these days. After all, how everything will look in two months is a mystery.

The hope, of course, is that the coronavirus will result in as little disruption as possible to the 2020 college football schedule.

The non-conference schedule, especially where lengthy travel is required, could look much different come September. Schools in line for hefty payouts may have those games cancelled with no guarantee of them being rescheduled in the years ahead. Again, there is no telling.

When the Midshipmen joined the American in 2015, maintaining annual rivalries against Notre Dame, Army and Air Force was critical. It also made for a very tough non-conference schedule. The game against the Fighting Irish, who won (52-20) in South Bend last season and return senior quarterback Ian Book, was scheduled for August 29 in Dublin. Due to the pandemic, the teams will play Labor Day weekend and will do so in Annapolis for the first time in the rivalry’s 94-year history.

Air Force, which went 11-2 (one of the losses at Navy) and was No. 22 in the final poll, returns many key players. Army, who Navy defeated last season to snap a three-game losing streak in series, truly is a rivalry where you throw out the records.

The Yellow Jackets play four teams that won at least 10 games last season and three of them are non-conference opponents:  UCF, Notre Dame and Georgia. The trio combined to go 33-7 in 2019 and could win as many games in 2020.

The Knights, expected to be one of the top Group of Five teams once again, come to Atlanta in the season’s third week. Tech hosts Notre Dame in Atlanta’s Mercedes-Benz Stadium and two weeks later Geoff Collins’ team has its annual season-ending rivalry date with Georgia in Athens.

After opening at fellow Big Ten West resident Nebraska, the Boilermakers host Memphis and Air Force before hitting the road September 26 at Boston College. The Tigers return many top players, including quarterback Brady White and running back Kenneth Gainwell from a team that won the American and went to a New Year’s Six bowl.

The Falcons went 11-2 and return many key starters from a team that came within a game of playing for the Mountain West championship. Boston College, a solid road opponent, has a new coach in Jeff Hafley and is seeking to make a fifth straight bowl.

The Horned Frogs play both their non-conference FBS opponents on the road. Gary Patterson’s 19th season opener as TCU’s head coach will take place at Cal. The Golden Bears, with 18 starters returning from a team that went 8-5  last season, represent a difficult test out of the chute.

A week after hosting Prairie View A&M, the Horned Frogs make the short bus ride to Dallas for their annual matchup with SMU. TCU, which had its eight-game win streak against the Mustangs snapped last season, will attempt to reclaim the Iron Skillet in the 100th meeting between the schools. SMU, which won 10 games last season, returns quarterback Shane Buechele.

The Owls have the distinction of playing their first three games in three different venues, but without leaving the city of Houston. After a short drive for their opener at Houston, the Owls host Army in what will be the sixth meeting in seven years between the teams. The season’s third week brings a “neutral site” game at NRG Stadium to play defending national champ LSU, which will pocket $3.5 million for the visit. (LSU will pay Rice $2 million for the latter’s trip to Baton Rouge in 2024.)

Though there is no travel to speak of, it is quite a way to open the season. Things seemingly can only be more stable at Houston in Dana Holgorsen’s second season and Army’s triple-option offense is always difficult to prepare for. While Joe Burrow is longer around, the Bengal Tigers remain a daunting opponent.

The Golden Flashes have been lining their pockets, and taking their lumps, by frequently scheduling multiple non-conference heavyweights. This season they will rake in a total of $5 million from September trips to Penn State, Kentucky and Alabama. The teams combined to win 30 games last season and could at least match that figure this year.

In the middle of those paydays, Kent State fans get a home game against Kennesaw State. The Owls won 11 games last season and checked in at No. 8 in the final FCS coaches poll. The teams met last season and the Golden Flashes needed overtime to pull out a 26-23 victory.

Welcome to Vegas, Marcus Arroyo. The first-year coach gets a new play palace, Allegiant Stadium, and three straight home games to help christen the venue. It is a hefty way to start the season, though, as Cal, Louisiana Tech and Arizona State combined to win 26 games last season. It would not surprise if the Golden Bears and Sun Devils are in Pac-12 title contention.

The Rebels’ final non-conference tilt, and first road game, is not going to be any easier as Iowa State could very well compete for a Big 12 title.

USC’s non-conference schedule in 2020 includes Alabama to kick off the season and Notre Dame to … [+] close the regular season. (Photo by Joe Robbins/Getty Images)

The Trojans’ schedule is bookended by national powers with the opener in Arlington against Alabama and the regular-season finale versus rival Notre Dame on Thanksgiving weekend, a week after their city rivalry at UCLA.

The Crimson Tide and Fighting Irish each won 11 games last season and could do so again this season. The last time USC and ‘Bama met was in the 2016 opener, which was also in Arlington and where the Tide rolled to a 52-6 decision. Against Notre Dame in South Bend last season, the Trojans made life interesting before coming up short, 30-27.  Clay Helton’s team has lost four of the last five in the annual clash.

In the other non-conference game, USC is paying the Lobos $1 million to come to the Coliseum.

The fact the Gamecocks conclude the regular season at state rival Clemson, again a likely national title contender, lifts them into the top spot as having the toughest non-conference slate in the toughest conference. Will Muschamp’s team lost last year’s game, 38-3, the sixth straight defeat to the Tigers.

After their opener against visiting Coastal Carolina, which will net the Chanticleers $1.4 million, $200,000 more than in their 2018 appearance at Williams-Brice Stadium, the Gamecocks have a potentially tricky game the following week when they host ECU. The Pirates will not be lacking for offense this season. The game against Wofford is sandwiched between trips to LSU and Clemson.

The Red Wolves open at Memphis, which will look to make a return trip to a New Year’s Six bowl. After hosting Howard the following week, ASU travels to Ann Arbor to visit the Wolverines. The Red Wolves then return home and close September against Tulsa.

The game at Michigan, a $1.8-million payday, marks the second time a Sun Belt team will play the Wolverines. The first was 2014 when Appalachian State played in the Big House. The Mountaineers were in the Southern Conference of the FCS when they pulled off their memorable upset of the Wolverines in 2007.

Wait is there more to this store. Continue reading

ByJody Demling Sep 10, 4:13 PM Edit Slot to 247Sports Home Slot to Louisville Cardinals Newsletter Slot to Louisville Links Yes, it’s that time of the year to start tracking all of the University of Louisville football commitments. It sure won’t be the same this season with high schools all across the country doing so […]

ACC Football Media Days, the virtual one, postponed as well

Busy on the scheduling front for most of the past couple of months, Troy football is now involved in some portal business. According to 247Sports.com, the name of Jabir Daughtry-Frye can now be found in the NCAA transfer database.  If the wide receiver follows through, he would be leaving the Troy football team as a […]

The Osceola – Devoted to FSU Sports and Fan Experiences