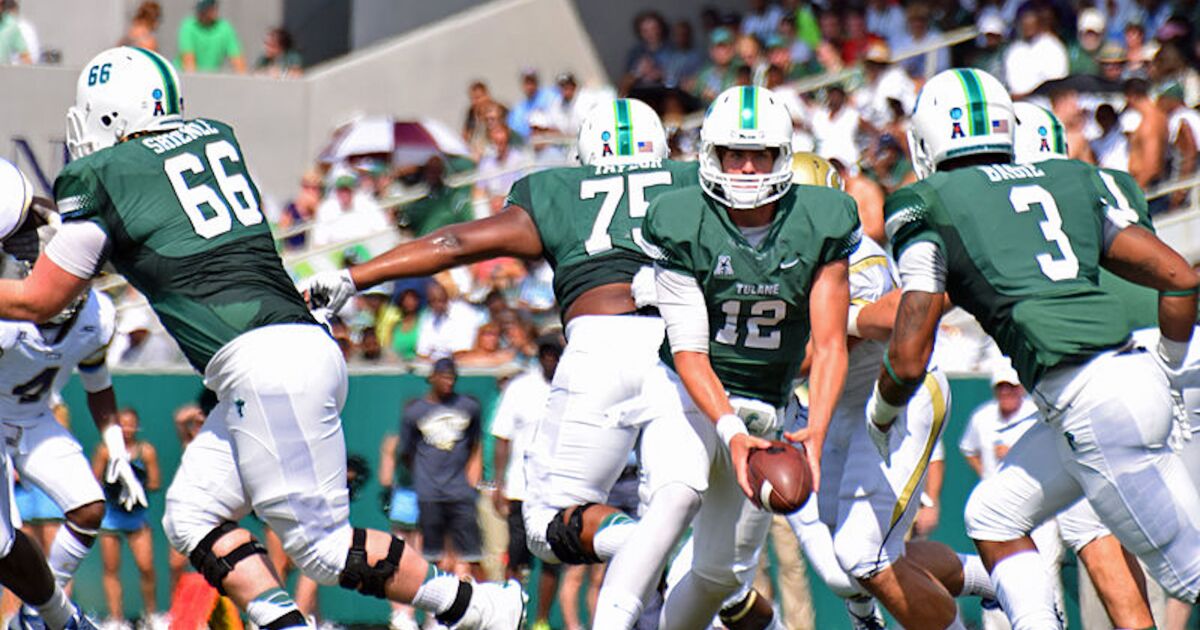 It was the season’s opening week on university gridirons, but not all college football involves big-money, big-school, quasi-civilizational clashes.

As Alabama, Clemson, Ohio State, and other juggernauts set sail, so too do “smaller” programs, with entirely different cultures and somewhat charming, less grandiose dreams.

Tulane — undergraduate population 6,500 — is an excellent academic institution. (Its graduates playfully call Harvard “the Tulane of the North.”) Way back when, it actually was a football powerhouse. My uncle Vic remembers traveling as an 11-year-old to semi-neutral-site Mobile to watch the Wave swamp Alabama’s Crimson Tide (even then a very good team) 70 years ago, in 1949 — Tulane’s third straight victory over Alabama. Then there was the 1935 Sugar Bowl team, and also the 1932 Rose Bowl team, as well as the 1948 squad, which missed an undefeated season against top competition by a single six-point loss.

Since the 1950s, though, the Wave’s fortunes have sagged, with precious few highlights (undefeated, against a second-tier schedule, in 1998) amidst long stretches of abject mediocrity. Only six times in the past 37 years has Tulane boasted a winning record. The combination of moving games off campus (from old Tulane Stadium to the Superdome, miles away) and a lesser reliance on locals for the student population (meaning a less-directly engaged alumni base) badly dampened attendance. The days are now long gone when the Wave could attract 86,340 fans in 1973 for a first-time-in-25-years win over LSU.

Thus, while of course all fans dream of national championships, fans of programs like Tulane’s mythologize the few “glory years” that come along, while maintaining humor about their lesser achievements and smaller budgets. The humor even applies to its smallish band, which is enthusiastic but a bit raggedy in its marching formations. Riffing off of LSU’s “Golden Band from Tigerland” and Ohio State’s “Best Damn Band in the Land,” Tulane cheekily calls its instrumentalists “the best band on Willow Street.”

Five years ago, though, Tulane got smart. It opened a new, cozy, on-campus, 30,000-seat stadium, bringing the team back from the over-large Superdome that was inconvenient for student attendance. Reconnected to the student body and to the Uptown New Orleans cultural roots, in a stadium without cavernous empty spaces, the program began feeling fun again.

Two years later, they brought in as head coach a gem of a guy, Willie Fritz, who for some reason never ascended to big programs, despite leading winning programs everywhere he went: 39-5-1 at tiny Blinn College, with two junior college national championships; 97-47 at Central Missouri; 40-15 at Sam Houston State, and 17-7 at Georgia Southern. In the third season of his rebuilding effort at Tulane, the Green Wave won a minor bowl game last year, and entered 2019 with growing hopes not felt for two full decades.

So there at Yulman Stadium on a gorgeous Thursday evening, with thousands of students rocking one end zone and green-clad alums and local, multi-generational Green Wave enthusiasts dotting other grandstands with casual good cheer, Tulane’s team played like it was 1949 again. Against a Florida International squad coached by Butch Davis, once the head guy at the powerful University of Miami and then of the NFL Cleveland Browns, Tulane provided a show. The Wave scored 21 quick points and waltzed to a 42-14 victory.

There in the stands were many of the same people (quite literally) who were there 45 years ago in old, pre-Superdome, Tulane Stadium. Their smiles said this felt like a joyous reunion, a jubilee. Who needs a Crimson Tide when there’s a lovely Green Wave to carry you home?

LSU AD Scott Woodward on if Football Could Reopen Series With Tulane, Square Off Against Michigan One Day

LSU has made it a priority to schedule tough non-conference games with other brand name programs over the past several years, a tradition that athletic director Scott Woodward intends to keep. In 2018, it was Miami, in 2019 the Tigers went to Austin and beat Texas 45-38 in what was viewed as the start of […]