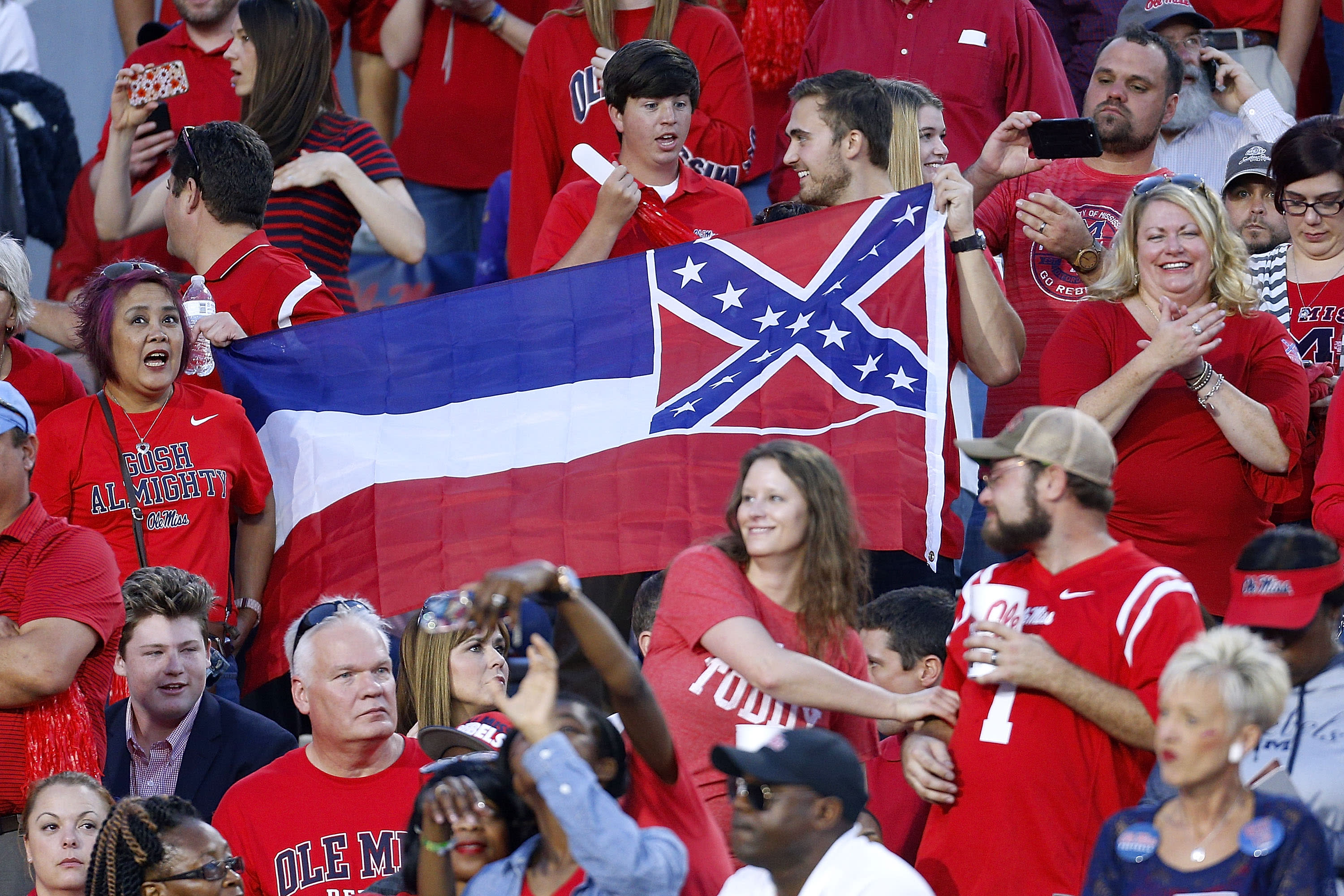 Sankey joined calls for the flag to be changed in the state on Thursday, as it still features a Confederate symbol — something widely seen as racist and offensive throughout the country.

If it’s not changed, Sankey threatened to pull all conference championship events from the state.

“It is past time for change to be made to the flag of the State of Mississippi,” Sankey said in a statement on Thursday. “Our students deserve an opportunity to learn and compete in environments that are inclusive and welcoming to all.

“In the event there is no change, there will be consideration of precluding Southeastern Conference championship events from being conducted in the State of Mississippi until the state flag is changed.”

Mississippi’s state flag features the Confederate emblem in the top left corner. It is the only state in the country to have that logo embedded in its flag. Two of the SEC’s 14 schools are located in Mississippi, including Ole Miss. Some have called for the university to shed the Rebels mascot, just like UNLV is considering, due to the large ties to the Confederacy that it brings.

Mississippi State athletic director John Cohen stood by Sankey’s statement on Thursday night, even though he knows it may negatively hurt the school if championship events were pulled from the state.

Ole Miss athletic director Keith Carter, along with chancellor Glenn Boyce, issued a similar statement, calling for a change of the state flag.

Conference USA joins in, too

Shortly after Sankey’s statement, Conference USA commissioner Judy MacLeod promised to review its championship hosting policies “in order to ensure we provide environments that align with our continued mission to support and protect our student-athletes.”

One C-USA school, Southern Miss, is located in the state.

Old Confederate statues and symbols have been removed or taken down in recent weeks in the wake of the murder of George Floyd in Minneapolis police custody last month, which has sparked massive protests and a revived Black Lives Matter movement fighting against racial injustice throughout the country.

Athletes and leagues have joined in on that movement, too. Memphis Grizzlies rookie and former Murray State star Ja Morant wrote a letter to a Kentucky judge this month asking for an old statue of Confederate general Robert E. Lee in Murray to come down, and NASCAR officially banned the use of Confederate flags at its races.

A bill to change the flag was introduced into the state legislature this week, via WAPT, however it is not expected to make it out of committee.

A Mississippi State flag is seen during a game between Ole Miss and LSU at Vaught-Hemingway Stadium on October 21, 2017, in Oxford, Mississippi. (Jonathan Bachman/Getty Images)

Wait there may be more to this story

At the Division 1 level, you’ll find the best football programs in the country. Division 1 football teams are classified in one of two subdivisions: FBS and FCS. The most elite teams are found in the FBS subdivision. These schools are allowed to give out 85 full-ride scholarships, and usually attract five-star and four-star recruits […]

This article takes a look at how much each head coach in college makes on a yearly basis. We don’t just cover the guys at the top of the list. We go looking for the salaries on all 130 FBS teams. Unfortunately the private schools don’t have make this information public. Unless it shows up […]

Alabama vs. LSU football is back on as SEC schedule is adjusted again